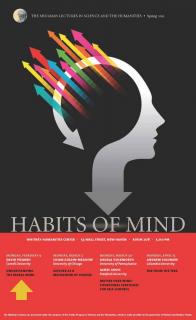 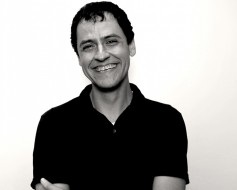 David Pizarro, associate professor in the Department of Psychology at Cornell University, will deliver the opening 2015 Shulman Lecture in Science and the Humanities. His talk, titled “Understanding the Moral Mind,” will take place on Monday, Feb. 9.

The Shulman Lectures are organized in conjunction with a Yale College seminar taught by Professors Paul Bloom and Tamar Gendler. The four lectures in the series will explore the topic of “Habits of Mind.” The lectures will take place at 5 p.m. in Rm. 208, Whitney Humanities Center, 53 Wall St. The talks are free and open to the public.

Pizarro’s primary research interest is in how and why humans make moral judgments, such as what makes us think certain actions are wrong and that some people deserve blame. He also studies how emotions influence a wide variety of judgments. These two topics come together in much of his recent work, which has focused on disgust and the role it plays in shaping moral, social, and political judgments.

Other scheduled Shulman Lectures include:

March 2: Susan Goldin-Meadow, “Gesture as a Mechanism of Change.”

Goldin-Meadow is the Beardsley Ruml Distinguished Service Professor of Psychology and Comparative Human Development at the University of Chicago. She studies movements of the body that are representational, such as the gestures we produce when we talk, and contrasts them with movements that have a direct effect on the world, such as actions on objects. She is a co-investigator of the National Science Foundation (NSF)-funded Spatial Intelligence and Learning Center and co-director of the Center for Gesture, Sign, and Language at the University of Chicago. She has published two books, “The Resilience of Language” and “Hearing Gesture: How Our Hands Help Us Learn.”

Duckworth is associate professor of psychology at the University of Pennsylvania and a 2013 MacArthur Fellow. She studies non-IQ competencies, including self-control and grit, which predict success both academically and professionally. Her research populations have included West Point cadets, National Spelling Bee finalists, novice teachers, salespeople, and students.

Gross is a professor of psychology at Stanford University and director of the Stanford Psychophysiology Laboratory. He is a leading figure in the areas of emotion and emotion regulation, and has received recognition from the American Psychological Association, the Western Psychological Association, and the Society for Psychophysiological Research. Gross is a Bass University Fellow in Undergraduate Education and director of the Stanford Psychology One Teaching Program.

Solomon is a writer and lecturer on politics, culture, and psychology, and professor of clinical psychology at Columbia University. He is the author of the acclaimed New York Times bestseller “Far from the Tree: Parents, Children, and the Search for Identity,” and “The Noonday Demon: An Atlas of Depression,” which won the 2001 National Book Award for Nonfiction. An activist in LGBT rights, mental health, education and the arts, Soloman is founder of the Solomon Research Fellowships in LGBT studies at Yale and a member of the boards of directors of the National Gay and Lesbian Task Force and Trans Youth Family Allies. He is director of the University of Michigan Depression Center and Columbia Psychiatry, and serves as special adviser on LGBT mental health in the Department of Psychiatry at Yale School of Medicine.

The Shulman Lectures are presented under the auspices of the Franke Program in Science and the Humanities, which is made possible by the generosity of Richard and Barbara Franke. The series is named after Robert Shulman, Sterling Professor Emeritus of Chemistry, Molecular Biophysics and Biochemistry, and senior research scientist in diagnostic radiology, in recognition of his roles as a founding fellow of the Whitney Humanities Center and as strong supporter of the integration of science and the humanities.