Home » Courses and Lectures » How Societies Should Organize: Balancing Freedom and Community

How Societies Should Organize: Balancing Freedom and Community 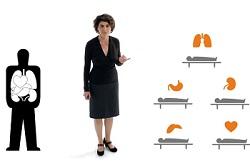 Engagement with the fundamentals of political philosophy is an essential step toward being able to think critically about the power structures in place and make your voice heard as a citizen. Professor Tamar Gendler begins with the question of why human beings should cooperate, then looks at the different answers that arise from two very different perspectives: Hobbes’ theory of self-interest versus the social contract theory of Rousseau and Locke. Next, she shows how, with Marx’s communism, political philosophy evolved to the point at which it had the power to overturn established hierarchies and dominate the international politics of the twentieth century.